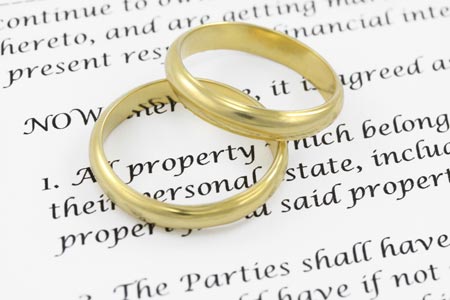 There are many names for Binding Financial Agreements or BFA’s, including;

They are known by the courts as Binding Financial Agreements. There have even been movies about them and their enforceability and plenty of sensational newspaper stories but this article sets out the six key points you need to know.

HOW DO THEY WORK?

A BFA allows a couple to agree in advance on an acceptable division of assets. After a relationship between a couple breaks down or is no longer workable, a BFA can reduce the financial stress of a separation and allowing the couple to amicably separate without the need for costly, time-consuming and stressful court action.

Therefore entering into a properly drafted and executed BFA can prevent the courts from interfering with the agreed property distribution and provide certainty at the time of the breakdown of any relationship.

WHEN DO THE PARTIES ENTER INTO A BFA?

HOW BINDING ARE THEY ON THE COURTS?

The short answer is that they are binding, provided they have been set up correctly. To be binding, there are certain requirements that BFA’s need to meet, if these items are not met, then the agreement can be void or set aside. It is important that the parties obtain independent legal advice and have a solicitor draft and sign the document to avoid the agreement being set aside.

In addition, BFA’s should also be reviewed about every two years or after a significant event in the lives of the parties, such as the birth of a child or one party receiving an inheritance.

WHAT DOES A BFA USUALLY COVER?

A BFA can specify how the parties have agreed to divide the asset pool in the event the relationship fails. They deal with property, financial resources as well as maintenance, generally described as:

This means the following practical issues that commonly arise, are dealt with in the BFA:

When a lawyer is advising a party about a BFA and before an agreement can be drafted, many factors are taken into account, for example:

WHAT ARE THE BENEFITS?

A correctly executed BFA may provide some degree of certainty to the parties and thus avoid unnecessary arguments, in the event that a relationship ends, as they have agreed in advance as to how the property will be divided.

It can also make parties feel secure knowing that the property they have accumulated before the relationship or marriage is safe. By reaching agreement in advance, the issues that occur after a break up are more likely to be carried out without costly legal expenses or court delays.

BFA’s can provide significant comfort to parties before any relationship issues arise. They not only provide certainty if done properly but reduce stress and costs as well as provide a timely solution without having to experience any court delays as would occur if there was a prolonged argument between the parties.

Note though the importance of not only getting it done properly at the beginning but of having BFA’s reviewed from time to time. If you know someone who may need assistance get them to call us on (08) 6141 1513.

Family Law: My ex has brainwashed the kids against me