Are You Too Old for the Workplace? 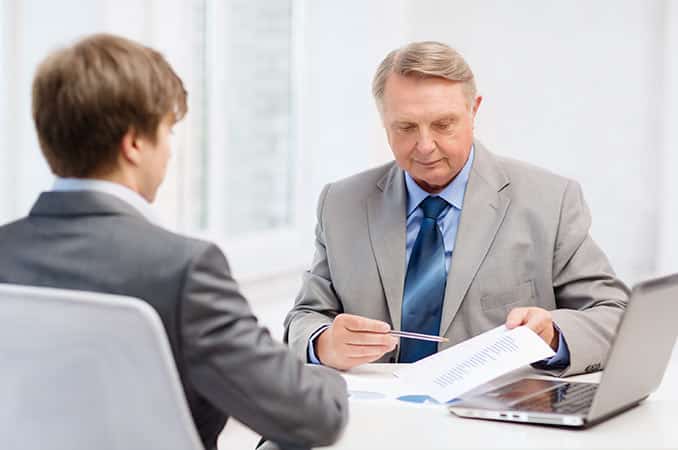 Are You Too Old for the Workplace?

Discrimination during the hiring stage or in the workplace is something nobody should experience.  Unfortunately, however, many people feel that the employment opportunities available to them are severely curtailed once they reach a certain age because they feel that employers tend to prefer younger workers.

Stereotypes of younger workers being more energetic and flexible than older workers are common, even though these stereotypes are negative and unhelpful.

Employers, including those involved in the hiring process, should avoid these negative stereotypes of older workers because it may result in discriminatory behaviour and practices contrary to Australian law.

Another common complaint by older workers is that they feel they are treated differently to younger colleagues in the workplace, for example passed over for promotion when their employer favours younger co-workers.

The Age Discrimination Act 2004 (Cth) is an important federal law designed to protect workers from many forms of discrimination on the basis of age.

If you feel that you may have experienced discrimination during the hiring process or that you have been treated badly in the workplace due to your age, you may benefit from obtaining legal advice about your rights.

Those rights may include pursuing a general protections application or an unlawful termination application at the Fair Work Commission pursuant to the Fair Work Act 2009 (Cth) and/or a complaint under the Age Discrimination Act 2004 (Cth).

An example of indirect discrimination is establishing a precondition or requirement that affects a certain type of person, such as an older person or a person of a particular ethnicity.

Employment policies may involve indirect discrimination by imposing particular conditions or requirements that have a disproportionate impact on, for instance, older workers or women.  In all jurisdictions in Australia it is now unlawful to discriminate based on age.

Since the Age Discrimination Act 2004 (Cth) was enacted, there have been a number of significant decisions dealing with discrimination in the workplace.

In the case of Commonwealth of Australia v HREOC and Bradley [1999], for example, an employer’s refusal to employ a helicopter pilot because he was over the age of 28 years was found to be discriminatory because the requirement that pilots be between the age of 19 and 28 years old was not based on the ‘inherent requirements’ of the position.  The helicopter pilot involved in that case was 37 years old.  One can only imagine the decision was a welcome relief for pilots over 28 years seeking employment opportunities such as those dealt with in the decision.

Exclusion or preference of workers will not be discriminatory if it is based on the ‘inherent requirements’ of the job.  Not all discrimination in the workplace on the basis of age will, therefore, be unlawful.

A case where the allegedly unlawful action was not found to be discriminatory is Qantas Airways Limited v Christie [1998].  In that case, an international airline pilot was dismissed once he turned 60 years of age.  His dismissal was not unlawful because being under 60 years was an ‘inherent requirement’ of the job.  International aviation laws prevented pilots aged 60 years and over from flying over or landing aircraft in various countries.  While the compulsory age for retirement was lawful in the circumstances of that particular case, compulsory retirement age employment policy is now largely obsolete as a consequence of the prohibition of age discrimination following the enactment of the Age Discrimination Act 2004 (Cth).

If you are a ‘senior’ member of society feeling aggrieved because you think you have been unfairly treated due to your age, you may have legal rights under the Age Discrimination Act 2004 (Cth) that you should contact us to discuss.

The Age Discrimination Act 2004 (Cth) has a much broader application than employment, seeking to eliminate, as far as possible, not only discrimination in the area of work, but also discrimination against people on the ground of age in the areas of education, access to premises, the provision of goods, services and facilities, accommodation, the disposal of land, the administration of Commonwealth laws and programs, and requests for information.

One of the key ideas underpinning the legislation is that people of all ages should the same fundamental rights and should be, as far as practicable, treated with equality before the law regardless of age.  The Act has a number of objectives, including to ensure, to the extent possible, that everyone has the same rights to equality before the law, regardless of age, as everyone else in the community.

Legislation provides protection for workers against employers for unfair dismissal and dismissal for specified prohibited reasons, including unlawful discrimination.  Section 772 of the Fair Work Act 2009 (Cth), for instance, establishes discriminatory grounds that an employer must not use as the basis for termination of the employment relationship.  These grounds relate to the personal characteristics or status or beliefs of the employee, and termination on these grounds may be contrary to the provisions known as ‘unlawful termination of employment’.

In Western Australia – that is, under state legislation – the Equal Opportunity Act 1984 (WA) also prevents discrimination.

The remedies that may be awarded to the affected employee vary according to the various statutory regimes, and they may also include damages for lost wages, including for hurt, humiliation and insult.

An employer who fires his or her employee for discriminatory reasons may be acting contrary to provisions of the Fair Work Act 2009 (Cth) by engaging in unlawful termination of employment and contravening the general protections provision by way of ‘adverse action’ and by unfairly dismissing the employee.  They may also contravene other federal and state anti-discrimination legislation.

This article has been authored by Kate Bretherton at Lynn and Brown Lawyers. Kate is an associate, and her role is to discuss, develop and assist clients to implement legal solutions for their employment law issues.

Petrol price increases – Are fuel companies engaging in price fixing?
Beware of online booking portals as Trivago is found guilty of misleading consumers
Commercial Law: Is NAB Guilty Of A Crime?
Experiencing NBN issues? Now Telstra, Optus and TPG are, thanks to the ACCC