Should I Have A Prenup? Planning To Fail, Or Failing To Plan 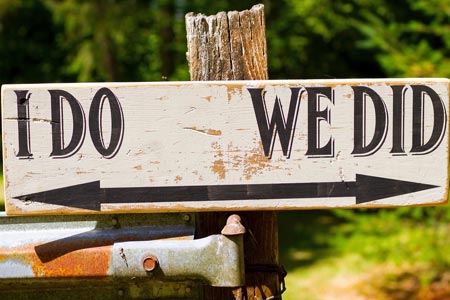 Should I Have A Prenup? Planning To Fail, Or Failing To Plan

People would be forgiven for thinking that Australia is a nation of divorcees – there seems to be so much in the media about it. However, the actual position is somewhat surprising with ABS* statistics showing that divorce rates in Australia are at an almost all-time low from the high experienced in 1976 following the introduction of no fault divorce in Australia.

However, numbers are still significant, with divorce rates at about 2.2 divorces per 1000 residents in 2012. About 30% of first marriages end in divorce, with the rate being closer to 50% for second and subsequent marriages. This, obviously, doesn’t include the rates for breakdowns of de facto relationships, which are higher again.

Once of the best ways to ensure that you don’t suffer fallout when a marriage or indeed a de facto relationship ends is to have a Binding Financial Agreement (BFA), often referred to as a prenup, in place.

BFAs can be entered into:

BFAs or prenups have traditionally been viewed as something reserved for the Hollywood set, or the really wealthy, but they can have some real benefits for many people entering into new relationships, particularly in second or subsequent relationships, where parties may have some wealth or assets that they may wish to ‘protect’ should the relationship end.

BFAs can deal with issues such as:

BFAs are intended to be able to provide parties certainty about what would occur should a relationship come to an untimely end, and to protect parties from costly time consuming and emotionally draining property proceedings in the Family Court.

Despite these apparent benefits it is estimated that in Australia there are less than 5% of married or de facto couples with valid BFAs in place.

Many family lawyers have shied away from preparing BFAs in recent years for fear of being sued over incorrectly drafted BFAs.

However the Federal Attorney-General, George Brandis, announced draft legislation on 30 April 2015 which is designed to fix some of the uncertainties relating to BFAs.

This legislative change will be well received by lawyers, but will also make it easier for couples to have faith in the BFA that they enter into.

If you know someone who is considering entering into a new marriage or de facto relationship, who has assets that should be preserved for their use if the relationship breaks down, this article could be useful for them.

Remember – an ounze of prevention is worth a pound of cure.

Jacqueline Brown is a Director at Lynn & Brown Lawyers. Jacqui has over 19 years experience in legal practice and practices in family law, mediation and estate planning. Jacqui is a Nationally Accredited Mediator and a Notary Public.

How Do I Support The Children After Separation?
Jul 2017 Changes to Superannuation
Budgie Smugglers Beware!
Poor Protection For Sharks In WA Waters