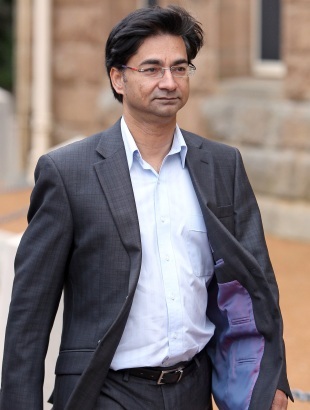 Rebel Wilson and Lloyd Rayney are just a couple of the many Australians to be awarded damages in 2017 as a result of defamatory statements made against them. The word ‘defamation’ gets thrown around a lot, but what does it really mean and what counts as defamatory? Here’s a rundown of all you need to know about defamation in Australia.

Defamation is a tort rather than a crime, meaning it is a civil offence and not a criminal offence. In Western Australia defamation is covered by the Defamation Act 2005. If your reputation has been damaged by statements or images that another person has made public, you may be able to sue them for defamation.

What do you have to prove?

Defamatory statements are any false words or images that, when given their ordinary everyday meaning, can be hurtful to a person’s reputation. You do not have to prove that you have suffered actual harm as a result of the publication, the simple fact that the material was published is enough.

The material needs to identify you in order for it to be deemed defamatory. That does not mean that it has to explicitly say your name, as long as it is clear that you are the subject of the words or images, you can claim to have been defamed.

The material needs to have been published for it to be defamatory. So long as a third party (anyone who is not you or the person that created the material) has seen the words or image, it can be defamation.

What are some defences to a defamation charge?

Absolute privilege refers to the fact that when in Parliament, anything can be said without it being defamation.

Without this defence, nobody would be able to say anything negative about anyone else without it being defamatory. If you make a statement that is clearly your opinion rather than fact, it has some public interest and is based on true facts, you cannot be successfully sued for defamation.

This year Rebel Wilson took Bauer Media to Court over a series of defamatory statements that suggested she was a “serial liar who faked her way into Hollywood”. She ended up winning the trial and was awarded the largest payout Australia has ever seen for defamation – a huge $4.5 million dollars, all of which she pledged to donate to charity.

During the trial Judge Dixon said “in determining the damage done to a plaintiff’s reputation, the court should also take into account the ‘grapevine’ effect arising from the publication of the defamatory material”.

After over 10 years of scrutiny and blame, Lloyd Rayney has recently won a defamation case against the state of WA which will cost the state $2.62 million dollars.

Mr Rayney’s wife was murdered in 2007 and in 2012 he was charged with the murder. Police publically labelled him the “prime” and “only” suspect of the murder – words that later haunted them as Rayney set out to sue them for defamation.

The Police statements were deemed to be defamatory because there were no ‘reasonable grounds’ to prove that Rayney had murdered his wife, and yet he suffered immense loss of income and a badly damaged reputation as a result of the unfair accusation.

If you or anyone you know has been charged with defamation, or you think you have been defamed, please contact Lynn & Brown Lawyers for advice.

What is a Family Court Subpoena?
Christmas At Lynn & Brown
6 New Year's Goals For Your Business
Elder Abuse - Who Is Looking After Older Australians?