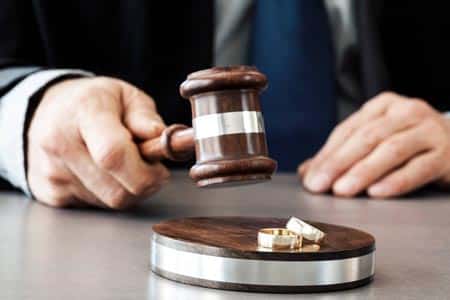 The ‘no fault divorce’ regime was initially introduced into the Australian legal system in 1975. The new (as they then were) laws meant that a separating couple no longer needed to show, or prove blame for the breakdown of a marriage.

The position since 1975 has been that provided a separated couple can show that they have been separated for a period of 12 months either of them can apply to the Family Court for a divorce.

Prior to the 1975 changes, the main reason for a divorce being granted was usually adultery and / or domestic violence. The latter was often fraught with objections, difficulties in obtaining evidence and the unsavoury airing of “dirty laundry” was a major obstacle for parties seeking a divorce.

There is now no such requirement, and divorce is a much simpler process.

The end of the marriage can now be brought about by either party applying, without the consent of the other party, by filing a relatively simple application in the Family Court of Western Australia (for Western Australian residents), together with a copy of the parties’ marriage certificate and paying the filing fee.

The application for divorce must be signed and filed at least 12 months after the separation of the parties.

Where the separated parties have children, the Family Court hearing the divorce application will ensure that proper arrangements have been put in place for the children before it makes a divorce order.

Who the children will live with and which parent they spend time with is scrutinised closely by the Family Court. Substantive issues in this regard will not be addressed on the hearing of a divorce application, and if arrangements for children cannot be agreed by separating parents, they are required to attend mediation to attempt to resolve any disagreement, and ultimately can make a separate application to the Family Court if matters remain unresolved.

There exists an array of reasons that may affect the arrangements for children following a separation. These include alcohol and drug abuse, violence, where the parties live, where the children attend school, and a variety of other issues.

Does no fault divorce affect a property settlement?

Usually when couples separate and eventually divorce they wish to divide their property as well. Some matters previously looked upon as a “divorce fault” may affect a separating couples’ property division.

When a court makes a determination of a property settlement for a separated couple this is again something completely separate to an application for divorce. In an application for a property settlement before a court the financial arrangements of the parties of the marriage are put through a fine tooth comb. Each party needs to disclose all of their contributions (both financial and non-financial) from before, during and after separation to ascertain what percentage each party contributed to the relationship, and factors set out in the Family Law Act are considered when the Court determines if property adjustments need to be made.

How to apply for a divorce

Following a 12 month separation period either party may apply to the Family Court for a divorce. The application may be made solely or jointly.

The application for divorce document itself does not have a space to give a reason for seeking the divorce, the only question alluding to a reason is whether the person making the application, or both parties in a joint application, consider the marriage as over.

When the application is heard in the Family Court, the Registrar hearing the application will pronounce that the reason for the divorce is “due to irreconcilable differences”, meaning the marriage cannot be “fixed”.

If you know someone who is separated, and wants the certainty that a divorce can provide, talk to the team at Lynn and Brown Lawyers on 9375 3411 or contact us https://www.lynnandbrown.com.au/contact

De facto Facts – Where does a relationship end and a de facto partnership begin?
Family Law: What is Substantial and Significant time with your Children?
10 Things To Know About Divorce. How To Get The Head Start On Your Ex-Partner
Is your partner hiding super?