Lynn & Brown Lawyers are still open during this time. We are offering video and phone consultations for our valued community.

Importers Beware! Lessons To Be Learnt From Nanna’s Berries Case 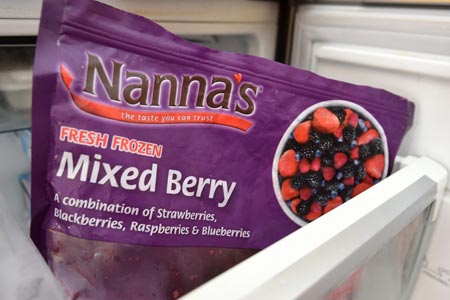 Importers Beware! Lessons To Be Learnt From Nanna’s Berries Case

Consumption of Nanna’s brand frozen mixed berries has been linked to the cases of Hepatitis A in Australia. The parent company, Patties Food Ltd (“Patties”), issued a nationwide voluntary recall on Friday 13 February and a subsequent precautionary recall on Sunday 15 February of Creative Gourmet Mixed Berries 300g and 500g packs.

The product is packed in China, containing raspberries, strawberries and blackberries grown there, and blueberries from Chile. At the time of writing, the source of the hepatitis A virus was still unconfirmed. However, according to the Department of Health, the berries were the only common exposure for all cases.

In this article, we address the potential for Australian companies, such as Patties, to be liable under the Competition and Consumer Act 2010 (Cth) when the company imports defective goods into Australia.

Australian Consumer Law (“ACL”) gives rights to individuals who are injured as a result of a safety defect in goods to claim compensation against the relevant manufacturer.

But what if the relevant manufacturer is located overseas?

Under section 7 of the ACL, a manufacturer is deemed to be the person or company who imported the goods into Australia providing that the actual manufacturer does not have a place of business in Australia. It follows that, in circumstances such as the contaminated berries example, Patties (being the Company who imported the berries) will likely be classed as the manufacturer of those goods and will be liable for all of the same consumer guarantees contained within the ACL as if they had actually manufactured the goods.

The reasoning behind this provision in the ACL is that overseas manufacturer’s are not within Australia’s jurisdiction meaning Australia’s laws don’t apply to them. Without Australian companies such as Patties being potentially liable when the manufacturer is located overseas, it would leave consumers exposed in that they would be unable to receive compensation for any loss or damage suffered by them.

Under the ACL, a manufacturer is liable for the loss or damage suffered as a result of “goods” with safety defects. Turning to the Patties example, fruit and berries are a “component” to “trees and crops” which therefore brings berries under the definition of “goods”.

As defined in the ACL, “goods have a safety defect if their safety is not such as persons generally are entitled to expect.” Should Patties berries be confirmed as the source of Hepatitis A, it is clear that the berries will be held to have had a “safety defect”.

Australian companies supplying goods to consumers need to be aware that when the court determines the extent of the safety of a good it will have regard to all of the relevant circumstances including (section 9(2) ACL):

a)      The manner in which, and the purpose for which, they have been marketed;

d)     Any instructions for, or warnings with respect to, doing, or refraining from doing, anything with or in relation to them;

e)      What might reasonably be expected to be done with or in relation to them; and

f)      The time when they were supplied by their manufacturer.

It is not just manufacturers within Australia who need to be mindful of the ACL. Australian importers need to exercise a high degree of caution and vigilance as to the quality of the products they import from overseas. Supplying defective goods will put importers at risk of claims from consumers seeking compensation under the ACL, on the basis that they are injured as a result of a safety defect in the goods.

Turning to the contaminated berries example, if the manufacturer of the defective berries does not have a place of business in Australia then Patties will be deemed to be the manufacturer under the ACL for having imported the berries.

If you require any advice as to your liability as an importer, manufacturer or you believe you are entitled to compensation for a defective product please contact Lynn & Brown Lawyers to book an appointment.

What are my options with child support?

Estate Planning: Why do I need to review my will?

Trial Strategy and Evidence – why did Bradley Edward’s lawyer rest his case so soon?