How a podcast helped a cold murder case 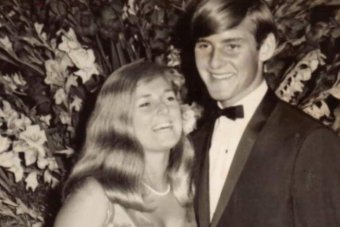 How a podcast helped a cold murder case

By:   Lynn and Brown Lawyers Criminal Law Comments:   No Comments

The mystery disappearance of Lynette Dawson in January 1982 has been brought back into the public eye following the release of the Teacher’s Pet podcast. The podcast was created by journalist Hedley Thomas and published by the Australian newspaper earlier this year.

Lynette went missing in January 1982, but her husband, Chris Dawson, did not report her missing until some six weeks later, in February. Mr Dawson did, however, invite their children’s babysitter, schoolgirl Joanne Curtis, to live with him and his kids in his family home just a couple of days after Lynette vanished.

To add yet another twist to the story, Mr Dawson was Ms Curtis’ school PE teacher at the time and had been having an affair with her for about one year at the time of Lynette’s disappearance. When Lynette went missing, Ms Curtis became almost like a step-mother to the Dawson’s children and Mr Dawson and Joanne Curtis married in 1984. They later had a daughter together.

In 1990, Mr Dawson and Ms Curtis divorced and Ms Curtis went on to report Mr Dawson to the police. She has told police and friends that she became fearful for her life due to the violence she allegedly endured during her relationship with Mr Dawson.

The police conducted a limited search of the Dawson’s family home in 2000 and found Lynette’s cardigan which had marks on it that the crime scene officer described as stab wounds.

In 2010 the police announced a $100,000 reward for information that could lead to a conviction and in 2014 that reward was increased to $200,000, however no information was brought forward.

Then, in 2018, the Teacher’s Pet podcast was released and the case was brought back into the limelight. In July 2018 the NSW Police Commissioner Mick Fuller admitted that the police ‘dropped the ball’ during their investigation in the 1980’s. In September the police dug up the backyard of the Dawson’s family home but did not find anything.

The Teacher’s Pet podcast has been downloaded more than 28 million times and has received widespread attention from the public and the media. Mr Dawson was arrested on 5 December 2018, arguably as a result of podcast’s popularity and the public’s subsequent outrage at the lack of investigation when Lynette disappeared. Also, the podcast resulted in witnesses coming forward to provide further evidence.

University of Technology Sydney Law Professor Thalia Anthony told the ABC that he sees “true-crime podcasts as a platform for more of an in-depth look at the justice system”. In a time of great technological advances, the justice system needs to make adaptations to ensure it keeps up with the times. For example, parenting orders now include sections about electronic communications with the child, rather than merely discussing custody. Similarly, when mobile phones were invented, new laws needed to be created to prevent people using their mobile phones whilst driving.

Podcasts are another technological advance that the justice system potentially needs to account for. Former Detective Ron Iddles told the ABC that “when a podcast gets 3 million downloads that is a new initiative that needs to be seriously looked at as a way of solving unsolved cases.”

Although there are undoubtedly benefits of investigative journalists delving deeper into unsolved crimes, there are some disadvantages that we need to be aware of, too. For instance, giving a large amount of publicity to a case can potentially increase the risk of a biased jury and of media outlets defaming suspects. NSW Law Society councilor Thomas Sophr has also raised the concern that podcasts tend to focus on an ‘ideal victim’ and on information that fits well with the story that the series is trying to tell.

No matter what your take is on true-crime podcasts or on the mystery disappearance of Lynette Dawson in 1982, you can probably agree that it’s quite incredible that a podcast could create so much traction that it (arguably) sparked a new investigation into a crime that happened almost 37 years ago. Stay tuned for more updates as the Dawson case evolves.

6 Ways to Assist Your Lawyer When You Are Involved in Litigation
Novak Djokovic v Minister for Home Affairs
The Claremont Serial Killer: a different kind of forensics
Trial Strategy and Evidence – why did Bradley Edward’s lawyer rest his case so soon?