Excessive Self Defence – Can you ever defend yourself too much? 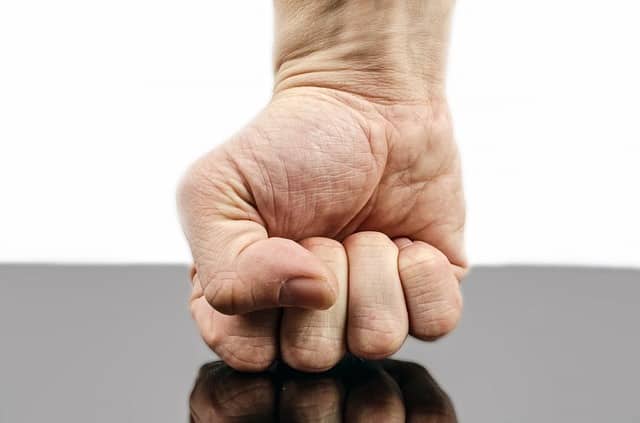 Excessive Self Defence – Can you ever defend yourself too much?

We’ve all heard of self-defence before.  When you, your family or your home are under threat and you react to fight and protect yourself instead of running away.  While the law may protect a person who defends themselves, is there ever a point where you take self-defence too far?

An example of where your defence may be more than necessary:

Your are being assaulted by a person in your own home.  You think this person is going to severely injure or kill you.  You manage to break free and notice them reaching for a cricket bat that you think they would use as a weapon against you.  You turn around and pick up the gun the person misplaced during the flight.  You shoot that person in the head and they die.

This is not a made up scenario.  It is the story of a domestic violence case where the women who shot her partner in the back of the head was said to have used excessive self-defence.  The way the jury saw it, she could have easily have shot him in the knee, demobilised him and run to get help.  She didn’t need to kill him to defend herself but she also didn’t intend to murder him.

If a person uses force against another person and says it was done in self-defence then it is up to the prosecution to prove beyond a reasonable doubt that this was not the case.

Self-defence is very strictly defined and has caused problems in the Court systems.  What a person thinks is best to defend themselves in the heat of the moment may look very different under the scrutiny of the law, prosecution, the jury and in the cold, hard light of day.

Furthermore, self-defence does not protect against people using excessive force against an intruder or if they acted only to protect property or to stop a criminal trespass.  This means that protecting your home is not covered by “self-defence”.

Excessive self-defence is the mid-point between no defence and the much tougher self-defence issue to prove.  In Australia, the partial defence has applied where the degree of force used was objectively unreasonable.

Where is it applicable?

While it used to be recognised by common law, excessive self-defence was abandoned because it was often too difficult to prove or define and often left a jury very confused by what it meant.

Despite this, it was later legislated in New South Wales, South Australia and Victoria.  There has been discussion about introducing similar legislation in Western Australia but nothing is confirmed as of yet.

The new legislation means that where a person is accused of killing someone believing it necessary to do so, but the conduct is not a reasonable response in the circumstances, then the accused is to be found guilty of manslaughter.  This test does not require that the accused’s belief was based on reasonable grounds.

While some continue to argue that excessive self-defence shouldn’t be available, the main argument in support of it is that the culpability of a person who kills for the purpose of defence is significantly reduced.

If you think about the earlier example, if the women only had self-defence or murder as her two options, if she failed to meet the strict criteria of self-defence she would be going to jail as a murderer and probably be provided a much longer sentence for the same.  To the people who legislated excessive self-defence, this predicament was a driving force in favour of the new laws.

Will excessive self-defence be coming to Western Australia?

Despite this, there was some significant approval of the defence, including the Department of Community Development who suggested that excessive self-defence would be beneficial to victims of domestic violence and the Western Australian Police Department who recognised that a person who honestly, but unreasonably, uses more force that was necessary is less culpable than a murderer.

Pardon the pun, but the jury is still out on this issue.  We’ll be sure to do a further article should the defence be introduced.

In the meantime, should you or someone you know be faced with criminal charges please don’t hesitate to contact us for an appointment.

Haley Graydon is a University of Western Australia graduate with a strong focus on client orientated service. As a lawyer, Haley specialises in family law and dispute resolution. Jacqui is a Perth lawyer and director, and has over 20 years’ experience in legal practice and practices in family law, mediation and estate planning.  Jacqui is also a Nationally Accredited Mediator and a Notary Public.

Australia's Biggest Morning Tea
Travel Insurance and Terrorism - Are you Covered?
What is the difference between child support and spousal maintenance?
Workplace Fatalities - Are These Incidents Avoidable?