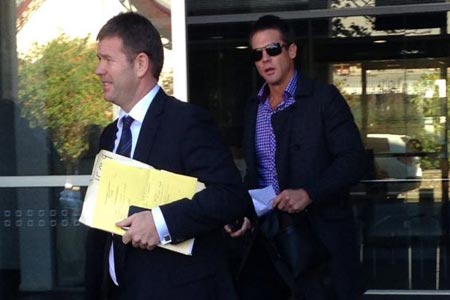 Ben Cousins was a national hero.  Cousins was a West Coast star footballer and placed his name in the history books when his team won the 2006 premiership.  Nominated as the AFL Rising Star in 1996, Cousins was in his prime, captaining the Eagles and a six – time All Australian.

Where did it all go wrong?

And leading up to the “silly season” how do you make sure you don’t make the same mistakes?

In 2007 Cousins was suspended from the West Coast Eagles Football Club and spent time recuperating in an American rehab facility.  By October he was arrested for drug possession and banned from playing in the AFL for 12 months.

After being rescued by Richmond in late 2008, Cousins played his final games with the Tigers, ending his career in 2010.  Despite his career highlights, Cousin’s appears to be unable to fully tackle his substance abuse issues and has a Violence Restraining Order against him for the protection of his ex-partner and his two children of the relationship.

On 22 November Ben Cousins was to appear in the Armadale Magistrates Court in relation to the charges, but failed to appear, and a bench warrant was issued for his arrest.

On 23 November Ben crashed his car into a truck and was taken to Royal Perth Hospital with minor injuries under police guard.

WHAT IS A VIOLENCE RESTRAINING ORDER?

A Violence Restraining Order is a legal document restraining a person who you believe is likely to either commit a violent personal offence against you (or your children), or who behaves in a way that creates fear that such an offence will be committed.

When a Violence Restraining Order is made, the Magistrate will also make orders prohibiting that person from owning a firearm license and gun.

Even if the victim consents to seeing or spending time with the person whom the Violence Restraining Order is against, that person will still be in breach of the law.

In Western Australia a breach of a Violence Restraining Order can result in two years imprisonment, a fine of $6,000 or both.

For Cousins, the 38 year olds long list of drug-related incidents and run in’s with the law has been added to.  Despite his lawyer, telling the Magistrates Court that Cousins was “in a very good place”, no one would provide surety on his behalf meaning that he was required to spend a night in jail.  Despite his lawyer’s re-assurance, the Magistrate confirmed: “If you breach any of your bail conditions you will be arrested”.

WHAT CAN YOU DO IF YOU FACE A VIOLENCE RESTRAINING ORDER?

If a Violence Restraining Order has been taken out against you, it is very important that you comply with the conditions of the Order until such time as you have an opportunity to tell the Court your side of the story, and hopefully have the Order dismissed.

We have a number of lawyers who have a lot of experience in dealing with Restraining Orders in a swift and meaningful way.

WHAT IS A BENCH WARRANT?

Because Ben failed to appear in Court on 22 November the Magistrate issued a Bench Warrant for his arrest.

A Bench Warrant is in effect a directive to police to arrest someone because someone has failed to appear in Court on a criminal matter.

If you or someone you know has been served with a Restraining Order or thinks there might be a bench warrant out for his or her arrest, please do not hesitate to give us a call to see how we can help.

This article has been co-authored by Claudia Giovannini and Jacqui Brown at Lynn & Brown Lawyers.  Claudia is currently studying law at UWA and hopes to be admitted as a Perth lawyer in or about 2018.  Jacqui is a Perth lawyer and director, and has over 20 years’ experience in legal practice and practices in family law, mediation and estate planning.  Jacqui is also a Nationally Accredited Mediator and a Notary Public.