Lynn and Brown Staff Function: Competitors At The Lawn Bowls 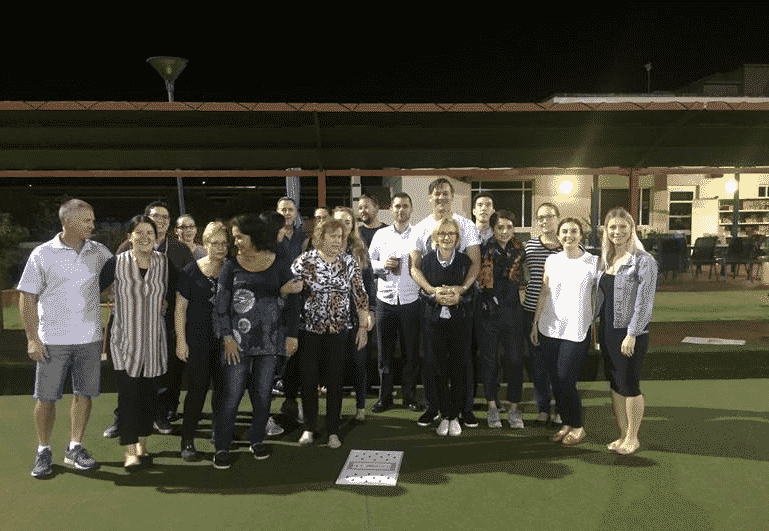 Lynn and Brown Staff Function: Competitors At The Lawn Bowls

The Lynn and Brown staff team came together once again earlier this month for a staff event.  With only a couple of team members missing, we spent the evening at the Mount Lawley Bowls Club for a relaxed catch up and a bit of friendly competition.

It has been a busy few months – from welcoming new staff to the team, to jet setting lawyers, it was time for a well-deserved social event.  After an office poll designed to diversify the staff events, it was settled we would head to the bowls club.

Our group took up three rinks, with plenty of sabotage, confusion and tactics occurring between teams!  Team 1 were close to winning, when their opposition drove a ball straight at the lead ball and knocked it out. The opposition were announced the winners.

On the next rink, team 3 and 4 were certainly lucky there were no prizes involved for winning teams – they had a more casual attitude, rolling balls to whichever jack they saw (often not their own). Back in the office, it’s still undecided to who actually won.

The evening certainly brought out the competitive traits of some, who stopped at nothing to get the winner’s title.  However, it’s safe to say the Lynn and Brown staff are still in beginner rankings, with most of the evening displaying balls rolling into gutters, over boundaries, and not many close to the target.

Overall, the night was enjoyed by all with plenty of laughs and good memories made. Stay tuned for the stories from our next staff event.

Same Sex Marriage - "Why Shouldn't They Be As Miserable As The Rest Of Us?"
Family Law Property Cases - How Much Will I Get?
Jul 2017 Changes to Superannuation
What Happens If You Get Caught Drink Driving?