Family Law: Is $25,000,000 Enough To Provide For Your Proper Maintenance, Support, Education Or Advancement In Life? 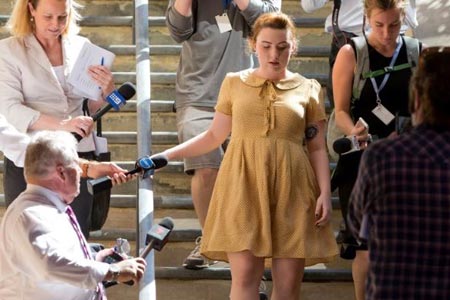 Family Law: Is $25,000,000 Enough To Provide For Your Proper Maintenance, Support, Education Or Advancement In Life?

On the 26th of February 2015, Master Sanderson of the Supreme Court of Western Australia awarded Olivia Mead $25 million from her father, Michael Wright’s estate. The award was made pursuant to section 6 of the Family Provision Act 1972 (WA) (“the Act”). The court determined that Olivia’s father had not made adequate provision for her in his will. This case was rather unusual because of several factors including the size of Michael Wright’s estate and the nature of his gifts to Olivia under his will.

The Act allows certain members of a deceased’s family to make a claim to the Supreme Court of Western Australia where the applicant believes that the deceased had not made adequate provisions from their estate for their proper maintenance, support, education or advancement in life in their Will.

The court will also have some consideration on whether the applicant has performed some level of disentitling conduct, which can include but is not limited to causing the death or stealing sums of money from the deceased.

This case is very different to the normal circumstances in which the Act applies to due to the size of the estate. Mr Wright’s estate is estimated to be worth close to $1 Billion. Due to the high value of the estate it was likely that any amount awarded would have next to no effect on any of the other beneficiaries to his estate.

Under Mr Wright’s will, his two eldest daughters were to receive the majority of his estate and to date had already received approximately $400 million each, whilst Ms Mead was to receive a complicated trust which was to be valued at no more than $3 million and was very restrictive and potentially oppressive.

Some of the terms under the trust she was to receive that Master Sanderson considered either uncertain, unfair or oppressive were:

Under the trust several of the clauses had the effect that Ms Mead could potentially never receive any benefit from the trust with the funds being withheld, given to a charitable organisation and, if the trust failed, would be given to Mr Wright’s two eldest daughters.

It was for this reason that the court awarded the sum of $25 million to Ms Mead because the form in which she was to inherit from her father’s estate was inadequate rather than the amount. If Mr Wright were to have given Ms Mead $3 million directly then the strength of her case would have been weaker.

When the court looked at the relationship between Ms Mead and her Father the court found that he provided very little financial support to her other than what he was required to do by law. Ms Mead and her Mother lived in various rented properties and Ms Mead was given very few opportunities to spend time with her Father as she got older.

It was said that because the sum of $25 million was comparatively small when compared to the $400 million that each of his eldest daughter have already received and that each of the other gifts made under the will would not be effected by that award, that it was then the appropriate award to be given to her.

Under most circumstances a claim under the Act will not be on estates where the value is close to $1 billion and when the court exercises their discretion they will need to give careful thought to the amount and how it will effect each beneficiary under the will.

Cases like Ms Mead’s are extremely rare and given the awarding of $25 million would be considered a massive amount to the majority of Australia, in the context of the estate it would be regarded as a nominal figure. The court calculated that if the two eldest daughters were to invest their $400 million inheritance in a bank account they would receive in excess of $26 million of interest each year.

Now that Ms Mead had been adequately provided for there will be no uncertainty surrounding the trust she was supposed to have received and can now live out the rest of her life comfortably.

If you require advice in respect of a debt recovery matter, please do not hesitate to contact Lynn and Brown Lawyers on 9375 3411 or https://www.lynnandbrown.com.au/contact/

Who has to pay Child Support and how is it calculated?
Podcast: Could this simple step help mitigate domestic violence?
Podcast: Family Law with Jacqueline Brown
6 Ways to Assist Your Lawyer When You Are Involved in Litigation