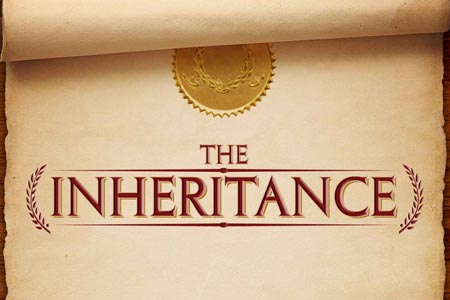 In a marriage or a de facto relationship it is not uncommon for one of the spouses to receive an inheritance. If the parties should separate, the question often arises as to how the inheritance should be dealt with in the couple’s property settlement.

There is also the situation where a parent may have a provision in a Will for their child (the spouse) to receive a large inheritance. This raises the question of whether a prospective inheritance should be considered when deciding a property settlement.

The extent to which an actual inheritance or a prospective inheritance will impact on a property settlement will depend on the individual case, however previous cases do provide guidance on what can happen.

INHERITANCE RECEIVED DURING THE RELATIONSHIP

When an inheritance is received by a spouse during a relationship which benefits both spouses of the relationship, often the spouse who is in recipient will argue in the property division that the financial benefit was only intended for them and not the other party.

The starting point is to determine whether the payment was intended to benefit both of the spouses or, only the recipient of the gift. This situation arose in the case of Kessey, in which the Wife’s mother had contributed large amounts of money to improve the matrimonial home. The court determined that the contribution by a parent of a spouse to the property of the marriage will be considered as a contribution on behalf of that spouse unless there is evidence which indicates this was not the parent’s intention. The alternative situation would be that the parent intended for both spouses to benefit, not solely the child of the parent, but this is usually a more difficult situation to prove.

If the parent of a spouse has a provision for an entitlement in their Will – but they are not deceased then the provision cannot form part of the “property pool” for division, but the “entitlement” can sometimes be relevant in determining what the percentage apportionment of the existing “property” will be.

The determination of each spouses’ “percentage entitlement” involves a careful consideration of all of their respective “contributions”, as well as their “future needs”. It is in the context of “future needs” that any “prospective inheritance” may become relevant.

In a situation where a spouses’ parent has made a Will leaving an inheritance to the spouse and they no longer have the testamentary capacity to change their Will the Court has stated that (in such a situation) where the spouses’ parent is leaving a significant estate, it would be “shutting one’s eyes” not to give real consideration to this in the property proceedings, by way of a percentage adjustment, under s.75(2)(o) of the Family Law Act, or the equivalent provisions of the Family Court Act.

The person leaving an inheritance does not need to be a spouse’s parent for the Court to take it into consideration in a property settlement. In one case, the Husband’s new Wife had a terminal illness and was likely to die within the next two years. The Husband was living in the Wife’s home and it was likely he would continue to do so after the Wife passed away. The Court found that by the Husband having a home to live in indefinitely was a valuable “financial resource” and a percentage adjustment was made in the former Wife’s favour.

If you find yourself in these or similar situations whilst going through a separation, Lynn & Brown lawyers can assist you with this issue. Please do not hesitate to contact our office on 9375 3411 to book an appointment.

When Can An Arrest Be Made And What Are Your Legal Rights?
SCHOOL HOLIDAYS: Navigating Time and Travel for Separated Parents
What To Do After A Family Separation And Pending Divorce
Statutory Demands: How To Use Them & How To Defend Them