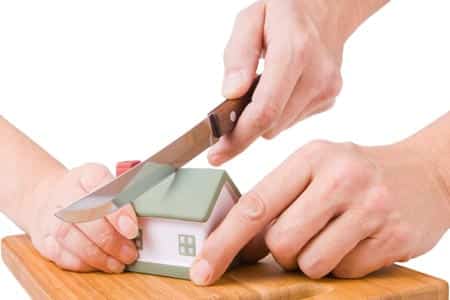 In a difficult financial climate, young people who are striving for the Australian dream of owning their own home, may sometimes need a little bit of help from their parents in the form of a loan. In most cases these loans are private and informal agreements which are hardly ever documented, but what happens if the children and their spouses or de facto partners separate? This article will examine the importance of documenting loans and the importance of those agreements for separating parties.

Gift or a loan?

It is of utmost importance for all parties, being the parents, their children and their children’s partners, to be aware of whether the sum of money coming from the parents is either a gift or a loan. A gift of a sum of money means that the parents have no expectation of that sum being repaid to them and they waive any equitable right that they might otherwise have in the property that has been obtained or secured with their money.

A loan of a sum of money refers to that money being borrowed from the parents with the intention of paying that money back with or without interest. The children and their spouses will be expected to make repayment pursuant to the agreement with the parents. The parents will have options available to them to formally register their interest in the property that their children purchase with the loaned amount. This can be attended to by either lodging a mortgage or a caveat over the property.

In family law property proceedings before the Court, gifts of money will be assessed as forming part of the matrimonial asset pool and they will be subject to the division that the Court sees fit. With loans, however, if there is clear evidence of regular repayments of the loan or clear documentation evidencing it was advanced as a loan, it will be repaid in full prior to the remaining assets of the parties being distributed between them in accordance with the Court’s decision.

Is a formal written agreement required?

It is always advisable that any and all agreements with respect of any loans should be documented in writing so as to avoid any doubt as to the intentions of the parties. It is, however interesting to note how the courts are dealing with the issue of loans and in order to illustrate the importance of loan agreements we will refer to three cases relating to the topic.

In the case of Pelly v Nolan [2011] FMCAfam 530 a father had loaned his son the sum of $250,000.00 to purchase a property. Upon sale of that property the father further loaned the son the sum of $70,000.00 to purchase another property. In preparation for making the loans, the father prepared a loan agreement documenting the loans. In its decision, the Court found that it was likely that the son was going to repay the loan and as such the sum of $320,000.00 was deducted from the asset pool in satisfaction of the debt to the father and the remainder was then divided between the parties.

Also decided in 2011, the case of Maddock & Anor (No 2) [2011] FMCAfam 1340 involved a case where the father said he loaned the parties the sum of $240,000.00 so that they could purchase and build a property. No formal agreement was ever drafted and signed and accordingly the Court found that the sum constituted a gift and not a loan. In coming to its conclusion, the Court noted the fact that there was no formality, no terms of repayment and there had never been any demand for repayment of the loan until the parties’ had separated. The Court was of the opinion that if the parties had not separated, the father would have never called on the money to be repaid and as such considered the money a gift and not a loan.

Finally, the case of Liakos v Zervos & Anor [2011] FamCA 547 was a matter where the father of the husband had loaned him the sum of $587,000.00 over a number of years. The loans were not initially documented, however one year after the husband and wife separated, there was a Deed of Agreement written up and executed between the father and the husband in relation to the sum of money loaned. In its decision, the Court found that despite the formal written agreement documenting the loan, it had in fact been forgiven because there had never been any repayments made towards the loan and none of the terms had been enforced by the father. The Court found that the terms of the agreement were only being pressed against the interests of the wife.

Lessons to be learned

It is of the utmost importance that parties document their loans between their parents and abide by the terms in those loans. The following tips are suggestive of what is required to protect loans from being classified as gifts:

The Court has the power to look beyond the written instruments and look at the intention behind them, therefore as can be seen from the Liakos case, it is in everyone’s best interest for parents to document their loans to their children and their spouses or partners at the time the loan occurs and before marriage difficulties occur.

If you require advice in respect of a loan agreement or any other family law matter, please do not hesitate to contact Lynn & Brown Lawyers on 9375 3411 or https://www.lynnandbrown.com.au/contact/

Tihana Nevjestic is an Associate at Lynn & Brown Lawyers. Tihana was admitted in the New South Wales Supreme Court in 2010 and has been practicing in family law since moving to Perth.

Family Law: Give me half of everything, including the kids. Is an equal outcome a fair outcome?
Family Law: Things to consider before you say “I do” for the second (or third!) time around
Fairness in the Distribution of Property for those who Die without Wills in WA
Family Law: Can my former partner get part of my inheritance?