Beer Battle – What’s in a label?

Beer Battle – What’s in a label?

By:   Lynn and Brown Lawyers Dispute Resolution Comments:   No Comments

A recent case in the Federal Court of Australia in which Stone & Wood Group unsuccessfully claimed that Elixir had passed off their product, is set to have significant impacts on Australian businesses.

If you own a business or are part of the marketing of a business’ products, this article will provide you with everything you need to know following the case.

What is passing off?

Passing off is a tort, that is just what it sounds like, that is, one business passing off their product as another business’ product. An English case by the name of Reckitt & Colman Products v Borden Inc.established the 3 elements of passing off that are still in use today in Australia.

In this 2018 case, Stone Group claimed that Elixir has passed off their craft beer called ‘Pacific Ale’. Ultimately this claim was unsuccessful, but it was the court’s reasoning that is important for businesses to be aware of and understand.

Stone & Wood’s product was called Stone & Wood Pacific Ale and looked like this: 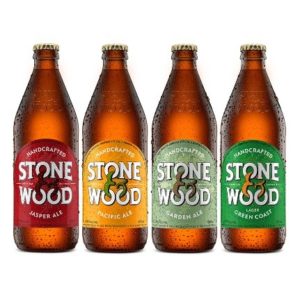 Elixir’s product was called Thunder Road Pacific and looked like this:

The Court’s reasoning for finding that Elixir did not pass off Stone & Wood Group’s product were as follows:

Further to this point is that the words ‘pacific ale’ are a description of the product and therefore cannot be a misrepresentation by Elixir. For example, a lot of food products use the word ‘lite’ on their labels but this isn’t a misrepresentation by any company because ‘lite’ is just being used to describe the product. Importantly, the Court in this case said that even though Stone & Wood Group may have been the first beer company to use the words ‘Pacific Ale’ as a descriptor, it doesn’t mean that other companies cannot subsequently use it as a descriptor for their products.

What does this mean for businesses?

The findings of the Stone & Wood Group and Elixir case mean that a company can use a competitor’s phrase if:

The Court in this case even said that it doesn’t matter that the defendant used the phrase for the purpose of benefiting off the plaintiff’s success, so long as the above criteria is met.

If you have been accused of passing off a competitor’s product, if you think a competitor has passed off your product or even if you are in the process of designing a label or catch phrase and are unsure whether it will constitute passing off, please do not hesitate to contact Lynn & Brown Lawyers for expert advice.

2020 – New laws potentially affecting you
10 Things To Do Within The 1st Month Of Separation
Can you sue Google for Defamation?
When can an insurer refuse a claim?