Bank Fees – What Can You Lawfully Be Charged? 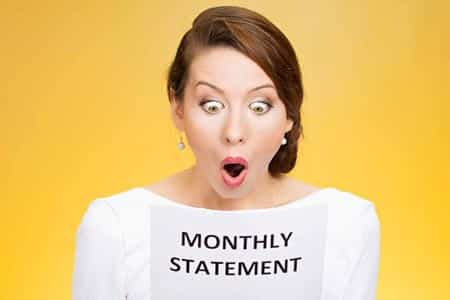 Bank Fees – What Can You Lawfully Be Charged?

ANZ CASE IS HEADED FOR A HIGH COURT SHOWDOWN.

The well-publicised “class action” challenge to bank fees in the Federal Court (Paciocco v ANZ Bank) reached a fresh milestone in April, when 3 judges of the Federal Court decided that banks can charge fixed fees for late credit card payments.

However, it seems that the decision is set to be challenged in the High Court.

As the law stands, banks are able to charge fees, under their terms and conditions, for a range of defaults by their customers, including late payments and withdrawals over an account limit. The class action seeks to establish that certain types of fees are unrecoverable by the bank because they are contrary to the legal rule that a party to a contract (such as a credit agreement) cannot be penalised for breaching it, but need only pay compensation to the other party for any losses it accrues as a result of the breach.

Whether a default fee provision in a contract is a penalty is determined by the court by examining prospectively, from the time the contract was made, if the fee is a genuine pre-estimate of the loss which would be suffered by one party from the default of the other. The applicants in the class action assert that credit card late payment fees are unlawful penalties because, taken at the time the contract was made, the fee amounts are extravagant when compared with the losses which a bank would actually suffer as a result of a late repayment. It was argued that the extravagance of the fees is illustrated by the fact that a one day late payment of $0.01 could attract a $20 fee, whereas the bank’s loss in such a case would be negligible.

However, the court disagreed. It found that assessing whether a fee for late payment is a penalty involves a broad consideration of all of the bank’s costs relating to late payments, including collection expenses and extra capital provisions to protect the bank against late paying clients. The court decided that it could not be said that the fees were extravagant when those broader costs were taken into account.

The court also confirmed that agreed fees charged where a bank permits withdrawals over an account limit (“honour fees” or “overlimit fees”) were legitimate.

The case is not over, though, as the solicitors representing the claimants in the class action having indicated that they will appeal to the High Court against the latest Federal Court ruling. In an interesting development, the Federal Court judge who originally decided that credit card late payment fees were unlawful, Justice Gordon, has recently been appointed to the High Court (though it is unlikely that she would be part of the court which would sit on the appeal).

We will be monitoring the case closely over the coming months, and provide an update on the outcome of the appeal.

Luke Nixon is a Senior Associate at Lynn & Brown Lawyers. He was admitted as a lawyer in the UK in 1991, and has been engaged in legal practice in Australia since 1996. He has a broad range of experience in Commercial, Civil and Administrative Law, providing advice to clients and appearing regularly on their behalf in a variety of State and Federal courts and tribunals.

What you need to organise your business for 2018
Family Loans
2016: New Laws You Need To Know
Legal essentials for your business